Hierarchical clustering adopts either an agglomerative or divisive method to build a hierarchy of clusters. Regardless of which approach is adopted, both first use a distance similarity measure to combine or split clusters. The recursive process continues until there is only one cluster left or you cannot split more clusters. Eventually, we can use a dendrogram to represent the hierarchy of clusters.

The agglomerative methods, using a recursive algorithm that follows the next phases:

In a hierarchical clustering, there are two very important parameters: the distance metric and the linkage method.

Clustering distance metric. Defining closeness is a fundamental aspect. A measure of dissimilarity is that which defines clusters that will be combined in the case of agglomerative method, or that, in the case of divisive clustering method, when these are to be divided. The main measures of distance are as follows:

You can read more about distance measure and it visualization here.

Linkage methods. The linkage methods determine how the distance between two clusters is defined. A linkage rule is necessary for calculating the inter-cluster distances. It is important to try several linkage methods to compare their results. Depending on the dataset, some methods may work better. The following is a list of the most common linkage methods: 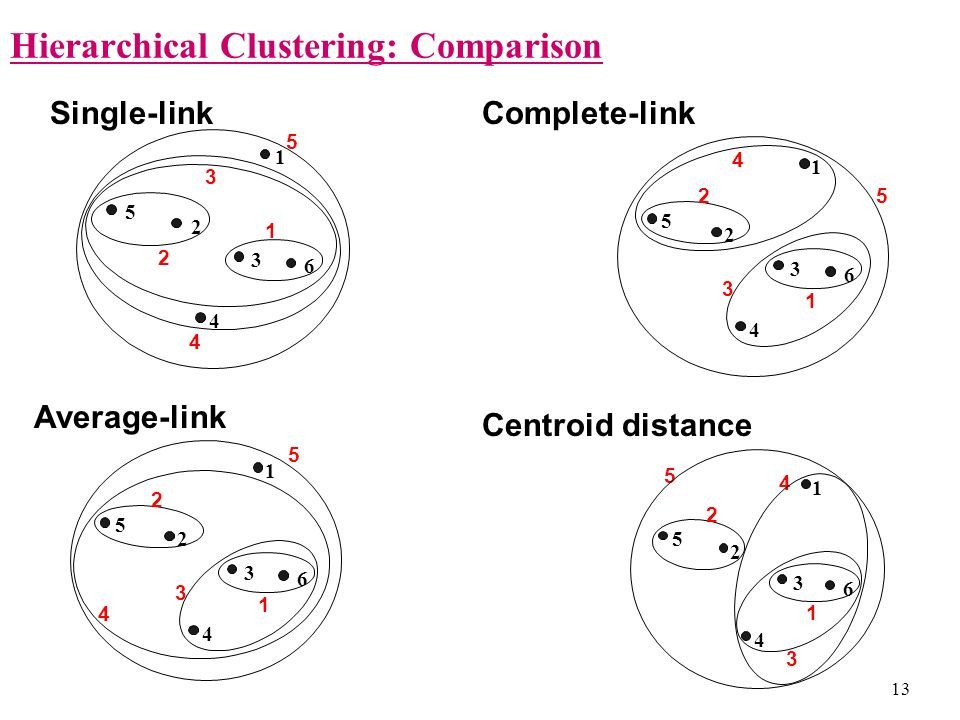 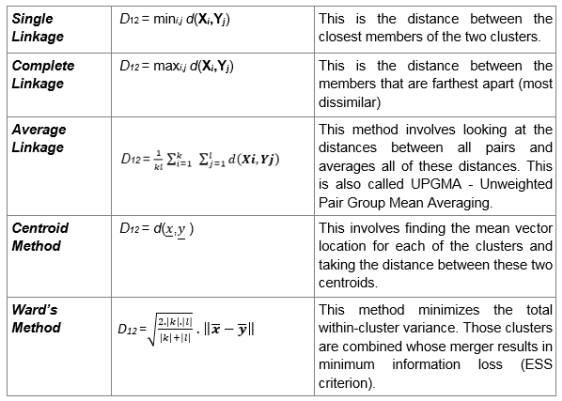 Hierarchical clustering is based on the distance connectivity between observations of clusters. The steps involved in the clustering process are:

Another important function used here is dist() this function computes and returns the distance matrix computed by using the specified distance measure to compute the distances between the rows of a data matrix. By default, it is Euclidean distance.

You can then examine the iris dataset structure:

Let's look at the parallel coordinates plot of the data. 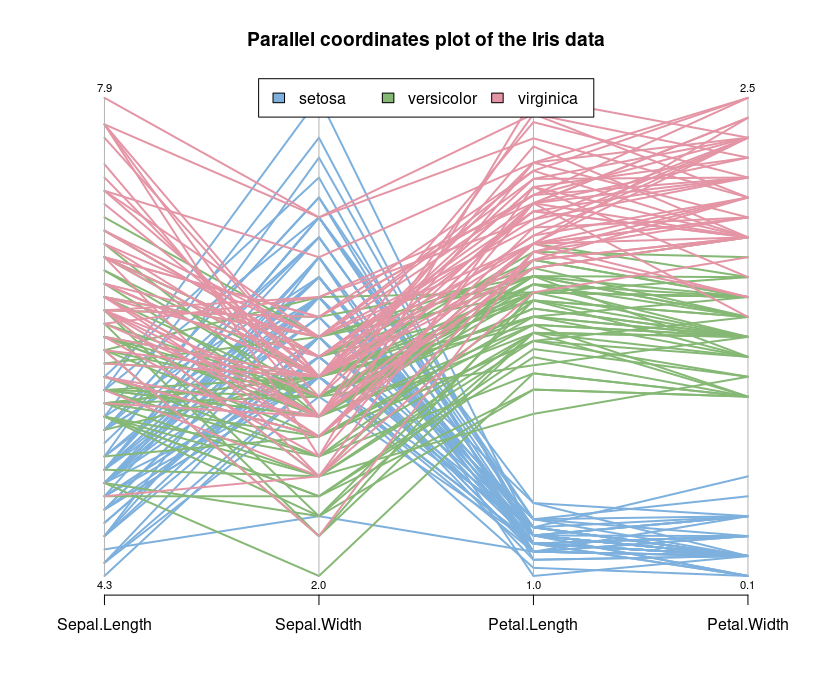 You can then use agglomerative hierarchical clustering to cluster the customer data:

We use the Euclidean distance as distance metrics, and use Ward's minimum variance method to perform agglomerative clustering.

Lastly, you can use the plot function to plot the dendrogram: Finally, we use the plot function to plot the dendrogram of hierarchical clusters. We specify hang to display labels at the bottom of the dendrogram, and use cex to shrink the label to 70 percent of the normal size.

In the dendrogram displayed above, each leaf corresponds to one observation. As we move up the tree, observations that are similar to each other are combined into branches. You can see more kinds of visualizing dendrograms in R here or here.

You can then examine the cluster labels for the data:

Count the number of data within each cluster:

Finally, you can visualize how data is clustered with the red rectangle border: An alternative way to produce dendrograms is to specifically convert hclust objects into dendrograms objects.

The R package ggplot2 have no functions to plot dendrograms. However, the ad-hoc package ggdendro offers a decent solution.

Using the function fviz_cluster() in factoextra], we can also visualize the result in a scatter plot. Observations are represented by points in the plot, using principal components. A frame is drawn around each cluster.

Next, retrieve the cluster validation statistics of either clustering method:

Finally, we can generate the cluster statistics of each clustering method and list them in a table:

Remove any missing value (i.e, NA values for not available)

Next, we have to scale all the numeric variables. Scaling means each variable will now have mean zero and standard deviation one. Ideally, you want a unit in each coordinate to represent the same degree of difference. Scaling makes the standard deviation the unit of measurement in each coordinate. This is done to avoid the clustering algorithm to depend to an arbitrary variable unit. You can scale/standardize the data using the R function scale:

As you make your bed so you must lie on it.
-