Every time you create an iOS project, it will likely include at least two .swift files: ViewController.swift and AppDelegate.swift. Where a project can have multiple ViewController.swift files connected to different scenes in a storyboard, a project will have one AppDelegate.swift file that contains code to manage the different states of an app. Initially, an app is not running. When the user launches the app, the app becomes active and appears in the foreground. As long as the user continues interacting with the app, it remains active in the foreground. However, if the user switches to another app, this pushes the other app into the background.

The AppDelegate.swift file monitors these different states so the app can respond accordingly. The app might also need to load any custom settings the user might have defined earlier such as color settings.

The various states an app might be in during its life cycle include:

To manage changes between states, the AppDelegate.swift file contains methods that its delegate can implement as follows:

The applicationWillResignActive() and applicationDidBecomeActive() methods can be useful when detecting interruptions such as someone using your app when a phone call comes in and interrupts your app. This pair of methods brackets the movement of an app from the Active state to the Inactive state, which makes them good places to enable and disable any animations, in-app audio, or other items that deal with the app’s presentation to the user.

Finally, applicationWillTerminate(), which you’ll probably rarely use, if ever, is called only if your application is already in the background and the system decides to skip suspension for some reason and simply terminate the app.

During very significant state changes, such as the app launching, being backgrounded, or coming back to the front, the app delegate receives a sequence of events:

The app launches from scratch. Your app delegate receives these messages:

The user clicks the Home button. If your app was frontmost, your app delegate receives these messages:

The user summons your backgrounded app to the front. Your app delegate receives these messages:

The screen is locked. If your app is frontmost, your app delegate receives these messages:

The screen is unlocked. If your app is frontmost, your app delegate receives these messages: 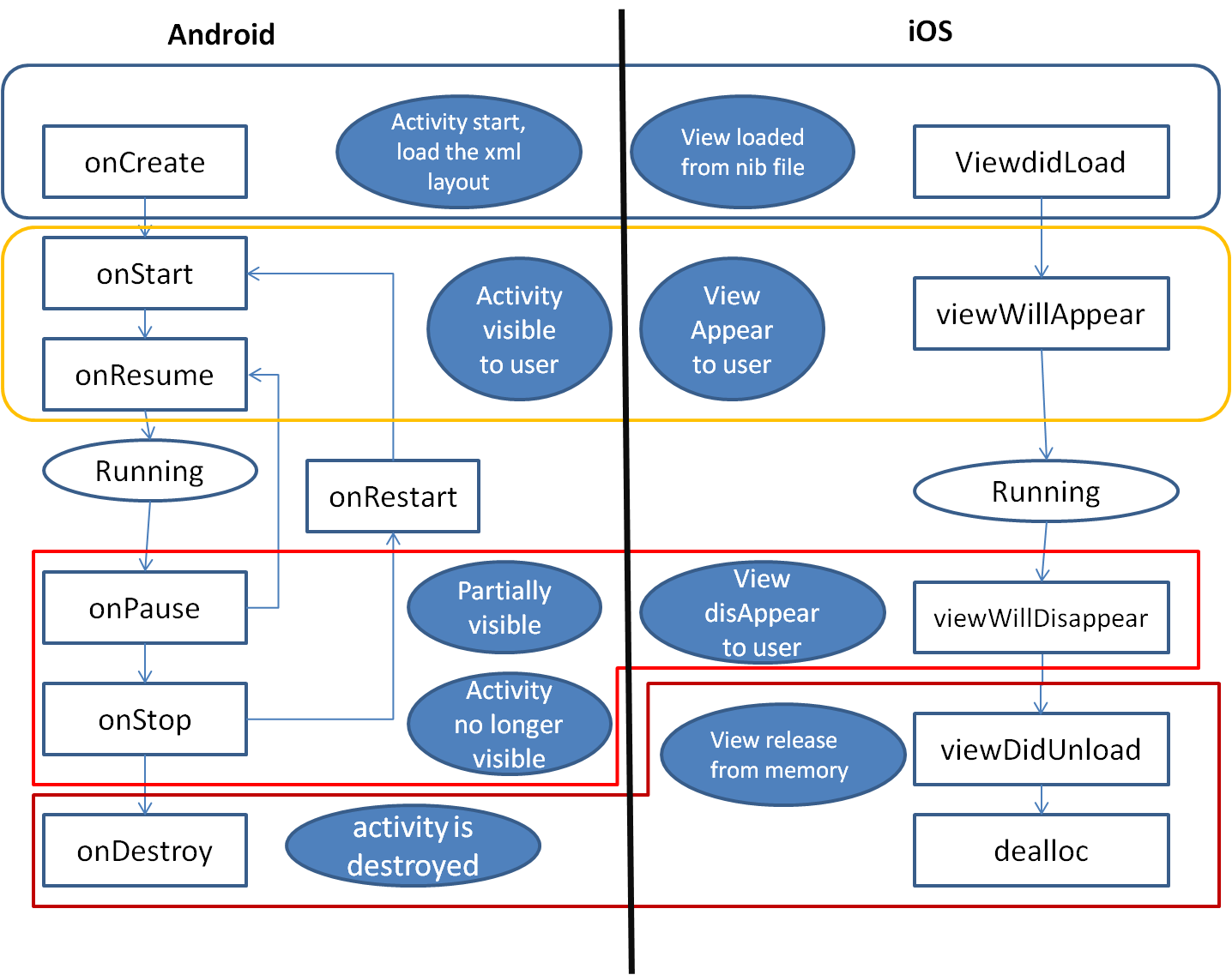